As an accomplished musician, Lew Custode has had the opportunity to provide both majestic and solemn trumpet music for special events and services across the Niagara Frontier.

The trumpet has been used throughout the decades to herald the arrival of leaders, as well as, honor their memories during memorial services. In addition to performing at the funerals of fallen local community leaders and military veterans, Lew Custode had the distinct privilege and high honor of playing TAPS at the Erie County 2004 Memorial Celebration of President Ronald Reagan.

Other public events that have utilized the soloist trumpet talents of Lew Custode include Flag Day Celebrations, Memorial and Veterans Day Services, Sporting Events, and Dedications. 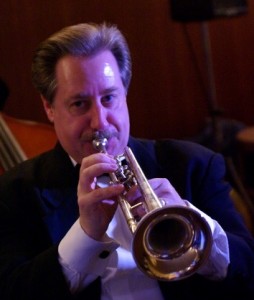 To book Lew Custode as a trumpet soloist/bugler: